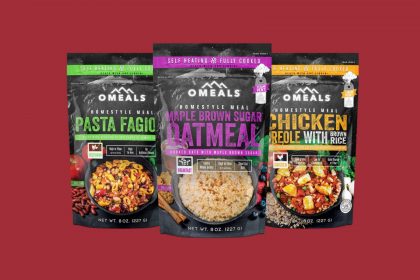 Self-heating meals are often thought of as survival food or emergency rations. Many might know their roots as military field rations for service personnel that are deployed on missions in places where camps and kitchens aren’t set up. Sometimes known as MREs or meals ready to eat, these food items don’t require cooking, as they have their own self-heating technology. However, they are growing quite popular among the civilian populace for their conveniences. Many public servants are using them, but members of the general public are finding them useful as well.

Self-heating meals had military origins. However, they now see wide use outside of the armed services, as there are even self-heating meals made specifically for civilian markets and consumption, as military surplus or overstock simply wasn’t enough to keep up with growing demand. These meals bring many advantages to the table, including extended shelf life, sheer convenience, and their ability to get cooked any place and time without a separate heat source. Public servants such as law enforcement, surveillance teams, firemen, rescue services, and other first responders use them regularly to stay fueled up for their lines of work when they spend long stretches of time away from restaurants and kitchens. They also see use on camping trips and even at outdoor music festivals where there might be a lot of camping out.

So, self-heating meals certainly have many applications and fans, for those in various uniforms and not. However, while many users know they work, they might not know how they work.

While every self-heating meal is different, most of them tend to come in a pair of distinct pouches. One of them has the food. The other one contains the flameless heater, which is also called a flameless ration heater or FRH at times. Whatever they’re called, they can heat up with the simple addition of water. Once water is introduced, this pouch starts heating up to very high temperatures. That’s when users put their meals either inside or on top of the special heating package. The manufacturer’s directions should indicate which one is preferred.

So, just what is the specific science that works the magic behind self-heating meals? The heating pouch has a combination of chemicals and substances. They include aluminium powder, sodium carbonate, and calcium oxide. This selection of compounds and elements is chosen because when they get mixed with water, they create an exothermic reaction, which is one that produces heat. In contrast, an endothermic reaction would be one that absorbs heat and lowers temperature, but that kind of science isn’t used here.

The solution of self-heating meals winds up heating food to 83 degrees Celsius or just over 180 degrees Fahrenheit. Even at these temperatures, it does take from 5 minutes to 10 minutes to fully heat up the pre-cooked meal contained within.

Who might use self-heating meals? They were originally designed for special operations forces in the military. They would often see rapid deployment to the far corners of the globe for critical missions and would need to carry adequate nutrition with them to stay healthy, active, and vigorous in sometimes very hostile and challenging environments. Later on, these rations started seeing use in local government applications ranging from search and rescue teams to being handed out as food supplies in disaster-stricken areas. Civilian-market uses include being ready for festivals, camping, yachting, fishing, hiking, and hunting.

Since they don’t require a fire or stove and only produce minimal steam, users can enjoy self-heating meals practically anywhere they want. That makes them very useful for those that work in a field of emergency services and might be traveling often.

Self-heating meals typically last three, four, or five years past their date of production. However, their storage conditions do impact just how long they’ll last. They don’t need refrigeration though, so they are definitely low maintenance. That makes them advantageous for those who enjoy stocking up supplies in preparation for power outages or even disaster events.

Given their popularity, the civilian market has both self-heating meals made to the same standards as military rations, sometimes even off the same production. However, there are also civilian-only varieties with more food options. In fact, self-heating desserts sometimes goes with them. It’s possible to find things like all-day breakfast, chicken tikka, chocolate pudding, and rice pudding.

Self-heating meals are not just a trend in outdoor eating or convenience food. The science behind them goes back to the Vietnam War and military research and development. Now, they have civilian applications and market offerings, where the many food items can be cooked by the exothermic heat-producing reaction of the flameless heater, that relies on water being added to a mix of calcium oxide, sodium carbonate, and aluminum powder. Use them for easy eating at campsites and festivals, or order a full case to be ready for a few days without power. 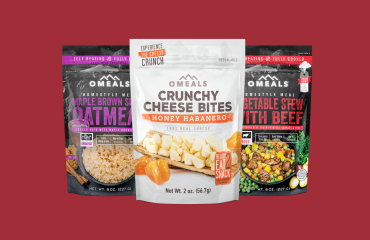 MREs Make A Great Survival Food Option For Your Family 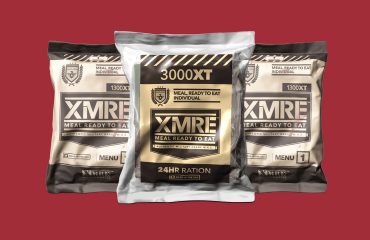 MRE Wholesale Suppliers Are A Great Way To Get Prepared